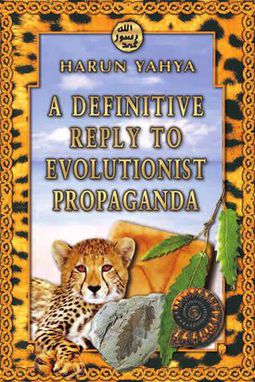 A DEFINITIVE REPLY TO EVOLUTIONIST PROPAGANDA

Between early 2001 and the present day there have been a number of very interesting and important developments in the world of science. The advances made in such different scientific fields as palaeontology, molecular biology, anatomy and genetics have once again revealed the terrible scientific dilemma the theory of evolution finds itself in. The theory of evolution was proposed in its present form in the mid-19th century by Charles Darwin and at that time provided enormous support for materialism. Such was that support that the present collapse of the theory is also resulting in the collapse of materialism itself.